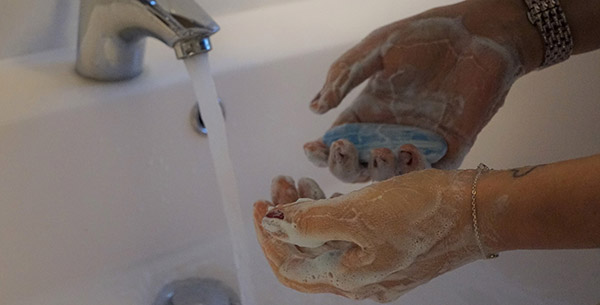 The effects of COVID-19 pandemic on OCD symptoms

It is highly likely that the COVID-19 pandemic will have significant adverse effects on the majority of mental disorders, including OCD. This is in addition to widely-reported negative effects on whole population wellbeing.

In a recent Danish study looking at effects in young people, Nissen et al 1 used a questionnaire to assess the effects in two different groups of children and young people with OCD.

Description of the study

The study used the same questionnaire in two different groups of patients. The first group (‘clinical group’) had recently been diagnosed with OCD at a specialist OCD clinic. The second group (‘survey group’) were identified through the Danish OCD Association and had been diagnosed many years ago, with their primary treatment generally completed. The total sample size was 102 people.

The clinical group were 65 individuals with an average age of 14.9 years. 37% of them were male. Average age of onset was 9.4 years. Their baseline OCD severity score was reported (27.7 ± 4.0), but the descriptions of how the score was determined (and if it represents a Y-BOCS score) are somewhat unclear.

The survey group consisted of 37 individuals (33% of them male) with a mean age of 14.1 years. Around 50% of this group had their onset within the last five years.

In the survey group, 73% reported worsening in symptoms with 54.1% reporting an increase in anxiety. Depressive symptoms were increased in 54.1%.

In both groups, the increase in OCD severity was associated with increases in worsening of anxiety, depression, and the extent of avoidance.

In both groups, the presence of baseline aggressive or sexual symptoms increased the risk of experiencing a worsening of OCD symptoms. There did not seem to be a similar association with contamination/ cleaning symptoms at baseline. The authors hypothesised that, “…the reduced contact to the surrounding world, and the fact that everyone around them thoroughly were washing hands and were using hand sanitiser might have served as a sort of inflicted avoidance to the posed danger of the surroundings.”

There was some evidence that “…having a direct connection to a specialized hospital clinic may have a protective effect.” The authors suggested that the knowledge in the clinical group they could be in touch with either their therapist or a CAMHS psychiatrist was protective.

The COVID-19 pandemic has been shown to have negative effects on general wellbeing,2, 3 as well as impacting significantly on OCD symptoms. The findings in this study are very similar to other studies which have shown deterioration in young people.4 There are also case reports in such deterioration in adults.5

It is reassuring perhaps that some of these effects can be mitigated by contact with specialist services, but most secondary care MH services are struggling to deliver ‘treatment as usual’ and it might be reasonable to conclude that along with increases in anxiety and avoidance, most people with OCD will find their symptoms deteriorating during the pandemic.

Getting help with OCD symptoms during the COVID-19 pandemic

The International OCD Foundation (IOCDF) have provided some specific information on managing OCD symptoms during the pandemic.

The IOCDF have also blogged about this issue in March of this year.

McLean Hospital (who provide specialist treatment for OCD) also have advice on managing with OCD during the COVID-19 pandemic.