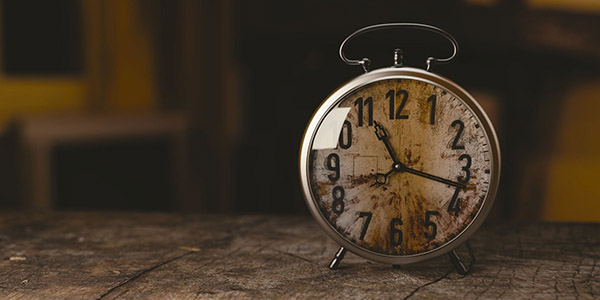 How long does someone with OCD have symptoms before getting help?

It is widely reported that people with OCD wait a long time before seeking help for their OCD, and they wait even longer before getting effective treatment.

The generally-accepted figures are that:

But where do these figures come from?

One of the first studies to look at these issues was Rasmussen & Tsuang, 1986.1 They looked at the characteristics of 44 people who had been referred to a specialist OCD clinic in the USA for consultation and/or treatment.

The authors commented that:

The BLOCS was a larger study looking at the clinical features of 293 people seeking treatment for OCD between 2001 and 2004.2 The authors include Steve Rasmussen (who was co-author in the above study) and Anthony Pinto (who helped develop the Family Accommodation Scale, FAS3).

“On average, individuals in the sample first received treatment more than 17 years after initially experiencing obsessive-compulsive symptoms and 11 years after meeting diagnostic criteria for OCD.”

They also looked at speed of onset and reported that:

What does the new study show?

The new study examined the interval between the onset of subthreshold OCD and onset of ‘full-blown’ OCD.4 It was, therefore, a retrospective investigation of the speed of progression. They interviewed 954 people with OCD using a structured interview, along with clinical ratings.

The authors reported that:

“It took a median of 7 years (interquartile range: 2–13; minimum: 0; maximum 50 years) for subthreshold symptoms to convert to diagnosable OCD. Interestingly, 179 participants (18.8%) reported less than 1 year for such conversion.”

This means that 50% of people have around 7 years between developing milder/ subthreshold symptoms and having sufficient symptoms to warrant a full diagnosis of OCD. Also, one-in-five people had less than one year for this conversion to occur.

A shorter duration of 'subthreshold' OCD symptoms was associated with:

a) younger age at assessment;

d) lower severity of compuslive symptoms on the Y-BOCS;

Is this information reliable?

Probably, but we have to understand the limitations. Even though they used the Yale OCD Natural History Questionnaire to increase the reliability of information regarding age of onset, and duration of symptoms, it is still dependent on recall.

We have seen above that there are additional delays between onset of ‘full-blown’ OCD symptoms and presenting for help, so there are always going to be long gaps between first symptoms and later assessment. The use of distress as the cut-off between 'subthreshold' and diagnosable OCD is logical, but it still relies on people being able to recall when their distress became clinically-relevant.

What does it mean?

These observational findings are consistent with other studies reporting long delays between symptom onset, first presentation, and receipt of effective treatment. We know that it can be over a decade before people with OCD receive treatment and during this time there is (by definition) a degree of functional and social impairment and/or distress.

Minimising these delays is likely to reduce the overall impacts of the illness, as well as improving individual outcomes. However, better screening, more effective detection, and appropriate resources for assessment and treatment are all likely to be required to achieve this.