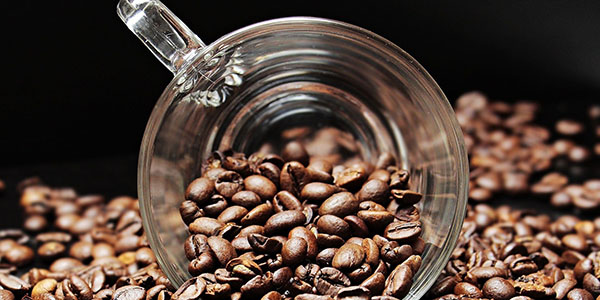 How does caffeine affect the body?

Essentially, caffeine is a central nervous system (CNS) stimulant. It has a range of effects: a) it reduces fatigue; b) it increases alertness; c) it can increase performance on tasks that require sustained attention. Most studies finding these effects have used fairly high levels of caffeine (e.g. 100 – 150mg) and lower doses are likely to have lesser effects. Many people also report increased anxiety after using caffeine. Caffeine can also increase muscle performance and reduce fatigue.

Caffeine has a number of biochemical effects. It blocks the effects of adenosine, a neurotransmitter which typically suppresses neural activity. Adenosine A1 receptors have modulatory roles in the release of tryptophan, serotonin, and noradrenergic pathways. Inhibiting adenosine can increase the release of these neurotransmitters. Caffeine also stimulates the sympathetic nervous system, increasing blood flow and energy metabolism.

It’s not clear. One possibility is that it can increase the release of dopamine in the brain, potentially improving the ability to divert attention away from obsessions. Improvements in mood and energy may give people a greater motivation to resist their intrusions. It is also possible that inhibition of adenosine has a range of downstream effects on neurotransmitter symptoms such as serotonin which are important targets for the use of serotonergic antidepressants in treating OCD.

In the study being discussed here, Naftalovich et al tested the hypothesis that the increased arousal caused by caffeine was a key component of its ability to reduce obsessive-compulsive symptoms.1

Studies exploring the use of caffeine for OCD are summarised in the table below.

The study was published in the Journal of Anxiety Disorders in 2020. It was a randomised, controlled trial involving 47 participants (50% male, 50% female) with a confirmed diagnosis of OCD who had high contamination symptoms. Participants were asked to avoid drinking anything containing caffeine for 8 hours prior to the study. They were randomised to receive either 200mg of caffeine or placebo (as a drink) before being asked to expose themselves to a stimulus designed to generate disgust.

The stimulus was a bucket with wet nappies (diapers) and they had to place their hands in it for one minute. After touching it, their subjective units of distress (SUDS) was measured, along with their urge to wash their hands. Participants were then asked to wait for a period no longer than 10 minutes before their SUDS were assessed again. After washing their hands, SUDS were assessed for a final time.

All participants underwent a Stop-Signal Task (SST) before receiving the caffeine and at the end of the experiment. The SST is a test of inhibition of prepotent responses and requires the individual to respond as quickly as possible to a ‘go’ stimulus, but to inhibit the response when a ‘stop’ signal is simultaneously displayed.

The intention of the study was to assess the effects of caffeine on the participants inhibition. Inhibition reflects the cognitive ability to stop a particular thought or action, and it is hypothesised that the inability to inhibit thoughts may underlie some of the symptoms in OCD. The authors measured inhibition in several ways: 1) performance on the Stop-Signal Task; 2) distress and urge after touching the stimulus and after waiting; 3) the time that participants could wait before washing their hands; 4) the time spent washing their hands; and 5) distress and urge after washing their hands.

The mean age of participants was 24, and ranged from 24 to 30. About 50% of the sample reported drinking between 0 and 1 cups of coffee per day, with only 15% drinking more than two.

Although the participants were screened for contamination fears, about one-third (36%) of the participants did not meet criteria for any diagnosis. Only 40% had OCD, 19% had generalised anxiety disorder, whilst one-in-five (22%) had depression.

The main outcome measure was the contamination obsessions and washing compulsions (COWC) subscale of the PADUA inventory. This scale was used to screen and select individuals with "high contamination or washing related symptoms."

First, it is important to note that participants could not tell whether they received caffeine or not. This reduces the likelihood that placebo effects were important.

Those that received caffeine had a larger change on the Start-Stop Task (SST), which was concluded to represent improved inhibition. The change was just statistically significant (P=0.041). Those that received placebo had no change in their SST performance.

On other measures, those that received caffeine had lower subjective ratings of distress after touching the stimulus, although the difference was not statistically significant (P=0.058).  The urge to wash was less in the caffeine group but again the difference was not significant (P=0.115). After the wait period those in the caffeine group reported less distress (P=0.012) and less urge (P=0.010) than those in the placebo group. There was no difference between groups in terms of time spent washing, and after both groups had washed their hands there was no difference in distress or urge to wash.

The authors concluded that:

“…increased arousal due to caffeine intake may increase inhibition, which in turn may play a crucial role in stopping intrusive thoughts (such as disgust), urges, and compulsive cleansing in individuals with high contamination fears.”

The findings in this study haven’t been replicated in different or larger samples. However, given the widespread availability of caffeine (along with its good tolerability), it could be helpful to know that caffeine may provide modest therapeutic benefits in helping with cognitive processes that might be relevant to OCD. Indeed, the authors suggested:

“Patients and clinicians will find it useful to know that it is more feasible to control symptoms during times of high arousal and can use this knowledge to improve treatment outcomes.”

It should be noted that the dose of caffeine in the study was 200mg. This is broadly equivalent to 3-4 espressos, or two mugs of brewed filter coffee. Someone would need to drink about two litres of cola to get the same amount of caffeine. Most participants in the study were light users of caffeine. Whether those with a higher tolerance to caffeine (i.e. higher uses) would show the same response.

Importantly, the population was not a clinical population. Although around 4-in-10 met criteria for a diagnosis of OCD, one-third had no diagnosis and all participants were selected on high self-ratings of contamination/ cleaning symptoms rather than a confirmed diagnosis. They were selected on the basis of self-reported symptoms. None of the participants were on medication or had a clear history of treatment for OCD. This means that it is not clear if these findings would be seen in people with clinically-significant OCD or who have not responded well to initial treatment. We should view these results as interesting, but not automatically relevant to treatment in clinical populations.

The study involved participants with contamination symptoms only. It is not known whether other forms of obsessive-compulsive symptoms will respond in the same way.

Ultimately, these findings could provide interesting clues as to how particular treatments (such as exposure-based therapy) could be enhanced, but they don't provide convincing evidence that caffeine could be used to treat OCD. The two other trials (cited above) are conflicting in that the Koran (2009) study found increased response rates in those taking caffeine, but the Shams (2019) study found very little benefit. As is often the case, larger and more robust trials are required.